JAWS: From book to script, the wild ride 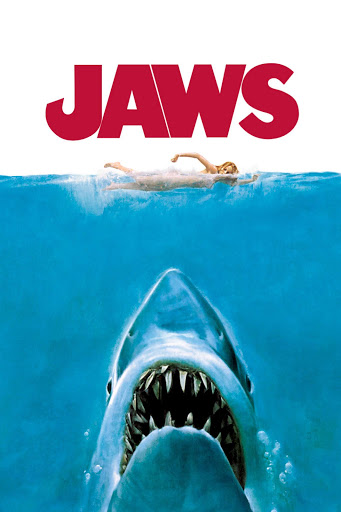 Decisions made during the scriptwriting of the film resulted in an effective, tightly-focused narrative structure that showcased the storyline and captured the 1970’s zeitgeist. Screenwriting expert, Syd Field, in his film industry handbook Screenplay, The Foundations of Screenwriting, notes that when a writer adapts a novel into a screenplay, the screenplay must be viewed as an original project, one based on source material. The goal is not to reproduce the storyline of the novel, but to use it as an inspiration (258). One reason for this is that what works in a novel doesn’t work in a screenplay. “[I]n a novel the dramatic action of the story, the narrative line, is usually told through the eyes of the main character; the reader knows his/her thoughts, feelings, memories, hopes, and fears. [The] dramatic action usually occurs inside the main character’s head, within the mindscape of the dramatic action” (259). Thus, the novel’s story is told through the mind while the film’s story is told through pictures. Field clarifies this contrast. A novel is thought; a film is behavior (259). Therefore, during the adaptation, the screenwriter pulls from the novel and makes decisions based on character action. There are other challenges when creating a screenplay based on a novel. One is externalizing the character’s motivating thoughts. The audience must see, through action or via dialogue, the motivations that initiate the character’s actions. The screen writer should also pull out themes. Lastly, the screen writer should preserve the integrity of the story. All these actions require an intense and complicated decision-making process. According to Field, the trick to success is “NOT being true to the original. A book is a book…a screenplay is a screenplay. An adaptation is always an original screenplay based on other material” (274). The screen writer’s task is to craft a solid story, not bring the book to life. In the case of Jaws, director Steven Spielberg wanted more than a solid story. He wanted something big.

It took multiple, continual drafts for Spielberg to arrive at a screenplay that satisfied him. Carl Gottlieb, who was hired first to act in the film but then later was asked to work on the script, in an interview for The Writers Guild Foundation, explains Spielberg wasn’t satisfied with the original Jaws script, the first draft of which was written by the novel’s author Peter Benchley(05.24). The hectic and complicated writing of the Jaws script is well known and well documented. In an article for Final Draft, screenwriter Edwin Cannistraci explains that Spielberg sought an upbeat, crowd-pleasing story. In the screen adaptation, Spielberg wanted to emphasize the relationship among the three men and capture the sense of camaraderie as they headed out to sea aboard the Orca. The second draft of the screenplay, written by the uncredited Howard Sackler, moved the overall storyline in the desired direction and also provided more dramatic weight to Brody’s fear of the water and developed Quint’s backstory in the form of his survival of the USS Indianapolis disaster (4). The emphasis on the three men heading to sea creates a focused, action-oriented narrative line, while Brody’s fear of the water represents the past and provides opportunity for externalized internal conflict. Still though, the script was not yet ready. 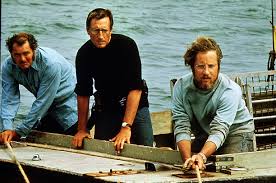 Carl Gottlieb, already cast as Harry Meadows, was the next writer to have a go at the work-in-progress. According to Cannistraci, Gottlieb added humor and humanity. His background as a sitcom writer, working on shows such as The Bob Newhart Show and The Odd Couple, provided him with the skills necessary to contribute light-hearted touches that added life and levity to the relationship among the three men. “Most impressively, Gottlieb did most of the rewrite during a nine-week period of principle photography. He was on set every day and would literally rewrite a scene the night before they shot it. His contributions were so significant, he [was] cited as the script’s primary writer and the only one to share official writing credit with Benchley.” Additionally, it is noted that the personalities and talents of the three leads contributed to the script. For example, Scheider’s fan-favorite ad-lib line: “You’re gonna need a bigger boat” (1-11). All of this is to say the Jaws screenplay was a collaboration, not the creation of one single visionary. This is notable because it is impossible to determine if the result came as a consequence of Spielberg’s creative genius, the skills of the contributing writers, or just plain luck of circumstance. Add in the tight filming schedule and the fact that rewrites were being done daily, it is likely a combination of all factors.
Posted by Author Isabelle Drake at 2:47 PM