Riverdale: If you only watch one episode...

Watch the finale of Season 3.

Entertainment Weekly declared Season 3’s Chapter Fifty-Seven, “Survive the Night,” the best season finale to date and with good reason. This action-packed episode delivers some serious reveals viewers have been waiting for but, if this is your only episode, you aren’t going to care about that. Here’s what you will care about. 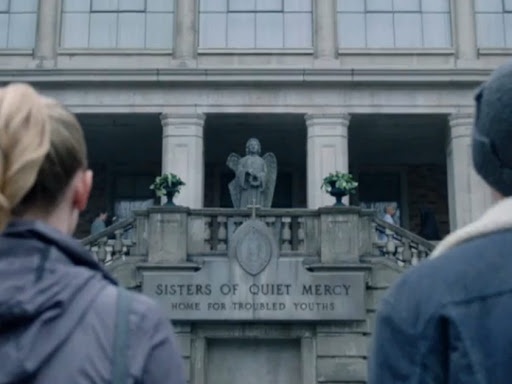 The Sisters of Quiet Mercy & The Farm

From our first introduction when Penelope sends Cheryl there for a cure, we know the Sisters of Quiet Mercy is neither quiet nor merciful. Before being closed in the middle of season 3, the Sisters of Quiet Mercy was a home claiming to be dedicated to reforming the troubled youths of Riverdale. While claiming to aspire to honest and good values, such as meaningful work and spirituality, the so-called ‘Sisters’ ran an illegal distillery and gave the resident teens Fizzle Rocks, a drug that induces hallucinations. A truly rockin’ place.

It turns out Betty was right when she mocked her sister Polly for joining the Farm. The group was a cult, led by Edgar Evernever, who, in addition to messing with the followers’ heads and hearts, sought to harvest their organs.

It also turns out that Betty was confined in both institutions. She first escapes the Sisters of Quiet Mercy. Once out, she learns that her mother stayed there. Betty’s struggle to get away from Alice’s influence and control continues with her interactions with The Farm, where she is also confined. Again, her mother is involved. This time as a current resident.

These two plotlines, The Sisters of Quiet Mercy and The Farm, ultimately resolved in Survive the Night, are definitive examples of how the sins and secrets of the Riverdale adults continually influence and inspire the plotlines, pulling the teens away from each other and forcing them to protect themselves from the adults. 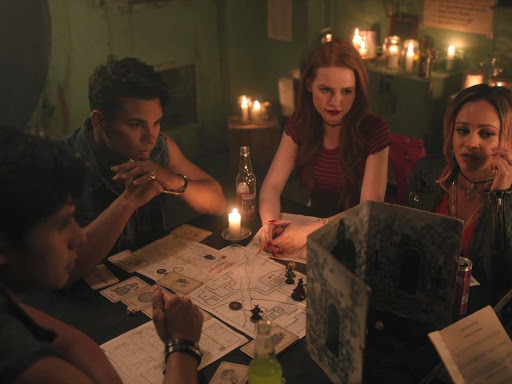 Gryphons and Gargoyles and The Gargoyle King

The role-playing game, Gryphons and Gargoyles, is another example of how the sins and secrets of the Riverdale adults endanger and harm the teens. All throughout Season 3, viewers have been waiting to discover the identity of the G&G Game Master, the one behind the resurgence of this treacherous, decades old pastime, a game their own parents played but, after a game-related death, swore to never discuss G&G again.

That confidence is kept until Penelope Blossom coerces Betty, Veronica, Archie, and Jughead to the Blossom hunting lodge. We learn that she is the G&G Game Master, Chic, who isn’t dead after all, is the Gargoyle King, and that they once again will pay the price for the misdeeds of their parents. Over dinner, Penelope reminds the gang that they are the sons and daughters of the original Midnight Club, the Gryphons & Gargoyles game-playing group their parents formed. Her intent is to punish the teens for what the entire town of Riverdale did to her years ago. Her revenge—one last deadly round of the game. The four teens must journey through the forest surrounding Thornhill, the Blossom estate. The woods are filled with lethal challenges—one for each of them.

Penelope Blossom’s G&G revenge journey through the woods demonstrates how the teens continually fight through the conflicts caused by the action of the adults of Riverdale. As the head of the most established family in town, the vengeful Penelope represents Riverdale’s special brand of corrupt power, the wicked need to control, and concealed violence. Archie’s quest, to fight the grizzled beast, and Jughead’s quest, to battle Chic, the Gargoyle King, are strength-proving and individual. Betty’s quest, to decide whether or not to kill her father, the Black Hood, and Veronica’s quest, to drink from a potentially poisoned chalice to save her friends, are character-proving. All the quests are connected to conflicts created by the town of Riverdale. Penelope’s appearance at the successful conclusion of the quests is a reminder of the constant threat the town represents to the friends. Cheryl’s rescue arrival with her bow-and-arrow armed Pretty Poisons solidifies the truth that in Riverdale, the teens must protect each other from the adults’ actions and attitudes.

Excerpt from The Bingewatchers Guide to Riverdale, forthcoming from Riverdale Ave Books. 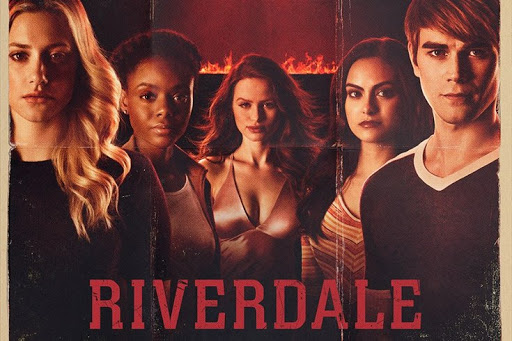