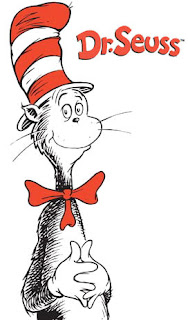 The two books I dislike the most are:

The Cat in the Hat
The Lorax

I know. Everyone loves these. They love them now and they loved them when they were kids. I was supposed to love them too - but I didn't.

Here's what I thought then and still think now:

The Cat in the Hat is a rude jerk. He's the typical toxic friend. He comes in to your life, promises lots of fun, makes an insane mess of everything, then leaves you to justify--or in this case lie about--what happened to someone you love. I know he cleans up the mess, but to me that's not enough. The lie lingers. 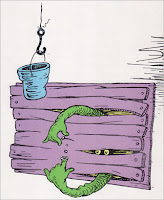 I didn't like The Lorax because it is so heavy handed and obvious. The kid in the story who talked to the Onceler didn't do that bad stuff, but he's left to carry the burden of guilt for what happened before he was around. Even as a kid, before I could read, I remember being annoyed that whoever wrote the book could've written something for kids that was positive and fun and uplifting instead of writing something that so obviously sought to make us feel bad. It isn't that I don't think kids can handle heavy topics, but they shouldn't have adult guilt dropped on their small shoulders. Guess Seuss  didn't read Catcher in the Rye.
Posted by Author Isabelle Drake at 6:59 PM