the narratives in Jaws, some words from the academic side of the house

Here we are in the middle of the summer: barbeques, day trips, family trips, and hopefully-some extra time for reading. This summer, I'm rereading Servant of the Undead and Mistress of the Undead, the first 2 books in my Tribe of the Undead dark, erotic horror/urban fantasy series. Why am I rereading my own stuff? I'm working on book 3 in the series, Disciple of the Undead. Wow are these books dark! The last fiction book I wrote was the very fun, upbeat and romantic, Not Home for the Holidays. Writing something so different is both challenging and fun. One piece of writer advice that is out in the world is that authors should stick to one genre so that readers will know what to expect from you and your work. Since you're reading this newsletter, you already know I don't follow that advice. My fiction falls in several genres. I also write academic articles and chapters and non-fiction books.

In July 2019, I attended the Popular Culture Association's Research Institute at Bowling Green State University. I attended to do research for my book chapter, Gothic Girls Gone Wild. By research I mean reading stack after stack of Archie comics. It was fun, but also tough because there was a point when I was sitting in front those stacks of comics wondering what the heck I was going to 'say' about them. I'm happy to say I eventually did figure that out and that chapter is off and on its way to publication. Stay tuned for that.

While I was there, I found out about another call for papers, one on the film Jaws. I liked the movies Jaws, I'd seen the actual fake shark when I went to Hollywood, and hey, I'm always willing to add to my already overflowing to do list. I watched the movie and was instantly stuck by the idea of narratives and how each of the main characters has a shark narrative. I did some research on transmediation (one media to another) and evaluated the three narratives: Hooper and Quint, and the main character Brody.

My chapter, "Struggling Against the Tide: Narrative Structure and the Human Connection in Jaws," examines the narrative structure, the character's journey, and the postmodern era of the 1970's. A couple sections are below. In true academic style, I use big hefty paragraphs to explain and prove. To establish and support. If churning through all that is...well...not your thing, skip to the final line of each paragraph. Then, check out that video, it contains the famous scene in which Hooper and Quint bond together and we, the audience, see Brody pushed out.

Excerpt From My Chapter:

"Struggling Against the Tide: Narrative Structure and the Human Connection in Jaws"

Hooper and Quint, the two halves of Brody’s whole, are opposites of each other in all regards with one exception—their personal relationship to sharks. Both Brody and Quint have self-defining shark narratives. Hooper’s shark story is revealed at the Brody’s dinner table when Ellen, Brody’s wife, awkwardly says to the just arrived Hooper she’s been told he’s “in sharks.” He confirms that he loves sharks then relates a childhood experience in which a baby thresher shark wrecked the boat he’d been in. He swam to shore and watched the fish finish destroying his boat (0.41.43–0.42.26). This story explains his very personal and emotional connection to sharks. Quint’s story comes later, at night, while the three of them are aboard the Orca, preparing to face the shark. The captain tells of his time aboard the USS Indianapolis and how, after their ship was hit by a Japanese sub, sharks devoured many of his shipmates (1.29.28–1.33.15). This famous monologue, another product of the script collaboration as the scene was initially created by Sackler, then expanded by John Milius, only to be later condensed by Quint actor Robert Shaw, explains Quint’s relationship to sharks. As the two men bond over their harrowing experiences, Brody stays physically away from them, showing that he doesn’t share the experience or have a personal defining story to offer. Brody is pushed out of their converging narrative. In this way, Brody’s internal conflict is externalized. The union of Quint and Hooper adds tension as it highlights Brody’s aloneness. This isolation is emphasized through character wardrobe. On the day when they battle the shark, Quint and Brody both wear light shirts. Brody wears black. He is a man alone, on a personal journey, and not yet whole.

An individual narrative is self-defining and reflective. It comes from within. A self-centered, self-created narrative can be powerful. An introspective, self-defining, self-centered narrative juxtaposed against a master narrative that seeks to control and silence is formidable. Formidable enough to be the big story Spielberg sought to create. Jaws is the story of a man battling the collective status-quo, expressed through the master narrative, resolving his own inner conflicts, action vs. intellect and past vs. future, and gaining his new identity, his own reflective self-defining narrative. At the start of the screenplay, Brody is new to the island of Amity and has no experience with sharks. To make his situation worse, due to a near-drowning experience, he is terrified of the water. This childhood trauma holds him tightly in the past; he is anxious to build his future. He strives to make a difference in his new town and knows it is his responsibility to protect the people of his community, yet he also wants to be accepted by the locals. He’s an insecure outsider, unsure of how he fits into the tight knit, traditional, tourist town, a town that embodies mainstream American culture and all its desired trappings. Going against the leaders could mean losing everything—including those all-America ideals. After his own son suffers the consequences of his inaction, he is propelled into his future. The final scene of the film shows someone very different from the one who struggles to answer the right phone in his own home. It shows a man who has faced death from a shark and survived, a confident man who has just delivered safety to the community that opposed him. Jaws is the story of a man gaining his story.

Hit here to see it on Amazon.

Personal note: With the hefty price tag of 55$ I'm not thinking ya'll are going to rush out and preorder a copy, but you might recommend this exciting text to your library. 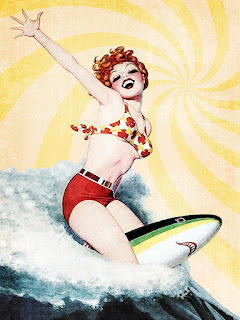