Fictive Dream, how it happens

James Frey, in his book, How to Write a Damn Good Novel II, takes the concept of the fictive dream a step further than a singular focus on concrete detail. “As a fiction writer, you’re expected to transport a reader. Readers are said to be transported when…they feel that they are actually living in the story world and the real world around them evaporates” (6). In this transported state, the reader’s subconscious—the area where sensory input is processed and decoded—has been engaged and is the primary source of response. Tapping into the reader’s subconscious requires more than carefully selected details; it requires a delicate linking of details to story components such as action and characterization. Frey describes three sequential steps that enable the writer to reach the subconscious of readers and thus fully transport them into the fictional dream. 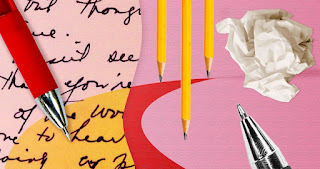 Sympathy: “Sympathy is the doorway through which the reader gains emotional access to a story” (8). The first step in connecting the reader emotionally to a character is to place the character in a situation which will evoke an emotion so intense—loneliness, repression, danger, embarrassment—that the reader will feel sympathy for the character.

Empathy: A writer should “[u]se sensuous and emotion-provoking details that suggest to the reader what it is like to be [the character]” (13). Empathy is a stronger emotion than sympathy, and it is through empathy that the reader will feel what the character is feeling.

Details are critical to the creation of the fictive dream. To achieve complete immersion, the writer must focus on the goal of the detail, to engage the reader emotionally or intellectually, and determine use accordingly. The writer selects the details and thus creates the reader’s emotional and intellectual experience. Burroway says that a detail is “[s]ignificant if it...conveys an idea or a judgment or both” (76). This is not to say that writers should use details to insert their own judgments. They should offer details in such a way as to allow the reader the opportunity to infer a judgment. Burroway clarifies for writers how to interweave intellect and emotion effectively:

Much of what [the writer] mean[s] will be an abstraction or a judgment—love requires trust, children can be cruel. But if you write in abstractions or judgments, you are writing an essay, whereas if you let [the reader] use [their] senses and form interpretations, [they] will be involved as participants in a real way (76).

Burroway clarifies, “A detail is ‘definite’ and ‘concrete’ when it appeals to the senses. It should be seen, heard, smelled, tasted, or touched” (75). Consequently, if the writer wants the reader to be engaged both intellectually and emotionally, sensory details are essential. Sensory detail is particularly effective because it taps into the non-logical part of the brain. Therefore, if a writer aims to reach the reader emotionally, it is essential to provide sufficient sensory detail. The emotion will be engaged first, and then, through the establishment of the fictive dream, the reader will become engaged intellectually via the sensation that they have been transported into the fictive world and must now decode the story information and events. If a writer seeks to touch primarily the intellect, a different approach is used. In either instance it is important to note that the writer is in control of the reader’s experience.