It was difficult finding scholarly work on this topic but I did find an article from Psychology Today that offers some analysis. “Although somnophilia appears to have some characteristics in common with necrophilia, the two syndromes do not necessarily reflect the same underlying pathology. Using Freudian theory, Calef and Weinshel speculated that underlying somnophilia was the desire to return to the maternal womb, and that somnophiliacs had unresolved Oedipal complex issues, fixations on pre-genital stages of psychosexual development, and castration anxiety. However, as with almost all psychoanalytic theory, it is hard to design any research to either confirm or deny such speculations. 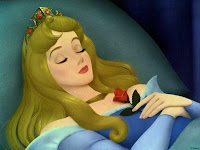 Carolyn Fay’s of the University of Virginia, explores the sinister side of this fetish. “Contemporary sleep fetish culture is driven by the idea that the sleeping person is an absent person…To the fetishist, sleep is that perfect moment when consciousness is evacuated, leaving a living, breathing fragment, worthy of love.” [Those who seek to actualize their desire to have intercourse with a sleeping person may use drugs to maintain the unconscious state] “for if the person wakes up, the fantasy and the fetish object become lost." (2002).

That’s all very dark. Whatever happened to the sweet, delicate beauty trapped under the glass? Is that innocence gone forever?

After some looking, I found House of the Sleeping Beauties (2006). Plot info from IMDb: Edmond, a man in his sixties whose wife has recently passed away, is told about a secret establishment where men can spend an entire night in bed alongside beautiful, sleeping young women, who stretch, roll over and dream, but never awaken. Bedazzled by their seductive yet innocent tenderness, but distressed about the reason for their deep sleep, he delves into the mystery of the house of sleeping beauties.

So what have we learned? The Sleeping Beauty fetish is out there and comes in extremes. From sweetly romantic to darkly dangerous. In some ways that's not much. In other ways its everything.
Email Post
Labels: fetish sex