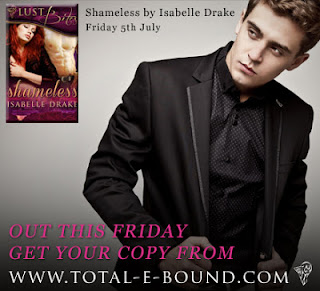 Pretending to be a tourist from England while at an exclusive penthouse party, Jenn steps into a trap set by a hot cop with cool green eyes.

Jenn Davidsen knows the only way to get a guy is to go out and look for one. But what’s a woman to do when she has nowhere to go? Get creative, that’s what.

When an invitation to an exclusive penthouse party comes across the fax machine at the boutique hotel where Jenn works, she takes it for herself even though the invitation is meant for a guest. Once there, she takes the advice of a friend—she pretends to be someone else. Her fake accent and made-up personality make her the centre of attention.

Liam Wallace doesn’t like to make the same mistake twice. So when an actress he once worked with—a woman who’s been at the centre of his sizzling daydreams for months—shows up at a party, he puts a plan in motion. This time he isn’t going to stop until her gets Jenn right where he wants her—in his arms and in his bed.